Women have always been at the receiving end of male domination for hundreds of years. Even though this country has moved ahead with times, there are still so many cases that we see and hear about deaths due to dowry or cases of physical and verbal abuse. This is a deplorable state of a nation that preaches women as goddesses.

There has been a surge in the Dowry & Domestic Violence cases, which has created an alarming situation regarding the plight of women. However, there are strict laws in place for the protection of rights and life of women who undergo such atrocities at the hands of greedy in-laws and an abusive husband. The Protection of Women from Domestic Violence Act 2005 and the Dowry Prohibition Act, 1961 have been formed to make sure that these women can seek help and safety from the law makers of this nation in case of harassment. These laws are strong and take the women’s interest very seriously. Here are some of the scenarios when a woman can go to the police for protection or justice. 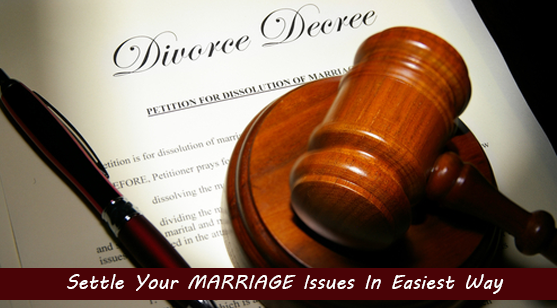 • Women who have been living with their husbands or live-in partners in a shared household and share a marriage or marriage like relationship are entitled to seek protection from the act or physical violence and even verbal abuse. It is not just limited to the wives, but also to other women like mother, daughter, sister, etc that live in the same household that are protected under this act.

• The domestic violence includes not just actual abuse or a threat but also sexual, verbal, emotional, economic and, of course, physical.

• This law also has a provision to appoint protection officers or NGOs in order to assist and protect the women, which includes medical examination, legal support, safe place to stay, etc.

• When women are coerced to meet unlawful demands of the husband or that of his family to the point where is driven to commit suicide is considered harassment as per the Dowry Prohibition Act. In this event, the woman can report the incident to the police and request for protection from the family.

• If the husband or his family threatens the wife or anyone related to her to meet demands related to cash and/or kind is punishable by the court of law.

• In case of any harm or injury to the woman and possible to danger to her safety, life, health and well being will also be addressed under the Dowry Prohibition Act.

Women have been given full support by the Indian law system to stand up for their rights and not be a silent bearer of all these atrocities. They can also take help from efficient lawyers of Advocate in Chandigarh, who specialize in these cases and will provide their legal expertise to not only ensure the safety of women, but also that of their property and life.

In matters like these, it is best to take help from the legal experts to end this harassment for not just themselves, but also for other women who face the same dilemma.