The consumption of energy is India is among the fourth largest in the world, and, with ever growing demand, we have been facing a severe energy deficit. Due to rapid expansion of our economy, the need for power has been growing exponentially and the shortfall has only led to crimes related to energy cases. We are one of the fastest growing markets in the world, and we are also expected to be the second largest contributor to the increase in global energy requirements.

In order to protect the wastefulness of the non renewable energy sources, Government of India is making conscious efforts and strict laws to punish anyone who does that intentionally. There have also been severe punishments related to energy theft. In order to reduce the dependence of the nation on non-renewable energy resources, there have been several efforts to promote the renewable energy like solar, wind and water. This apart from the energy laws will help reduce the criminal offences with respect to energy. 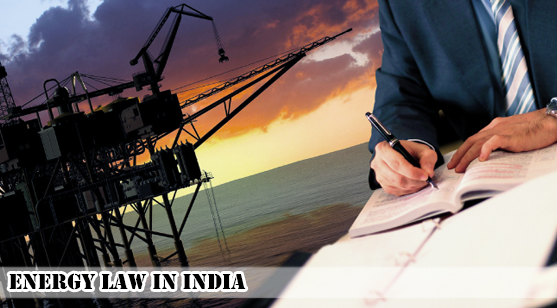 Here are some of the energy related scenarios, which will punishable by the court of law.

• Any event of  stealing or unlawful consumption of energy will be treated as a criminal offence and can lead to imprisonment up to three years or even be fined to the tune of minimum Rs. 1000/-, or both. However, if the use of the energy has been unauthorized, unless proven otherwise, it would be automatically assumed that the consumer has resorted to dishonesty.

• Anyone who is an accomplice to the theft of energy will also be equally held responsible and punished accordingly.

• Anyone who has been involved in intentional wastage or diversion of energy with an objective of cutting out the supply will be punished with imprisonment, fine or both.

• Nobody is allowed to engage in the business of energy supply unless authorized by the proper authorities. If apprehended, the person will be punished with imprisonment or fine up to rupees three thousand to be incurred daily or both.

• Any interference with the electric meters to sabotage the monthly usage for the billing purposes is considered as a criminal offense and will be punished accordingly.

It has been very commonly seen when people tamper with their meters or wiring that affects the flow of electricity to general households and causes disruptions in peak months of usage. In order to prevent these activities, the government has laid out strict laws and asked the people to be vigilant of any activity that they believe is unlawful must be brought to the attention of the authorities.

Since energy laws can be complicated for a common man, one can also seek legal help from professionals like Advocate in Chandigarh who is well versed with the workings of this law, and will be able to represent your case accordingly. Next time, you see a neighbor tampering with their wiring system or an electrician fiddling with the electricity supply, don’t just stay mute but bring this to the attention of the authorities immediately. Don’t contribute in energy theft by staying quiet!