Dismissal removal or reduction in rank of persons employed in civil capacities under the Union or a State:-

[Provided that where it is proposed after such inquiry, to impose upon him any such penalty, such penalty may be imposed on the basis of the evidence adduced during such inquiry and it shall not be necessary to give such person any opportunity of making representation on the penalty proposed.:

(a) where a person is dismissed or removed or reduced in rank on the ground of conduct which has led to his conviction on a criminal charge; or

(b) where the authority empowered to dismiss or remove a person or to reduce him in rank ins satisfied that for some reason, to be recorded by that authority in writing, it is not reasonably practicable to hold such inquiry; or

(c) where the President or the Governor, as the case may be, is satisfied that in the interest of the security of the State it is not expedient to hold such inquiry.

(3) If, in respect of any such person as aforesaid, a question arises whether it is reasonably practicable to hold such inquiry as is referred to in clause (2), the decision thereon the authority empowered to dismiss or remove such person or to reduce him in rank shall be final. 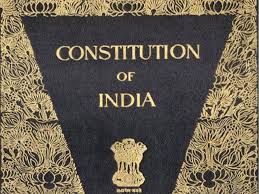 Article 311(2) of the constitution of India is not attracted where after having attained the age of superannuation, an employee express his inability to continue inn service and seeks permission to retire and that application is granted. Article 311 is attracted only against those orders as are passed by way of punishment in the form of dismissal, removal or reduction in rank.

Effect of no compliance of Article 311-

Article 311 has two clauses and both clause one and two of article 311 is mandatory. Then when there is Violation of this mandatory provision, the order of termination of government servant will be liable to be declared null and void. Where there is failure to comply with article 311 (2), the entire proceedings are vitiated and nothing can be done by the appellant authority to remove the illegality which has thus crept it. An order passed in Violation of Article 311(2) is a nullity and has been put on the same footing as an order without jurisdiction. Where the inquiry officer violates principles of natural justice and the rules. The court cannot quash the order or direct the authority to reconsider its order. Even a person appointed on an ad hoc basis is entitled to the protection Article 311(2) of the constitution of India. When real ground of termination of service is some adverse remarks in the service book an allegation of embezzlement.

Article 311 has not applies where a government servant leaves the service voluntarily. The termination of service must be against the will of the employee. Where a govt. employee seeks permission to retire because he is unable to do the work article 311 is not attracted. But where before the permission to retire is granted, the civil servant makes application to revoke his prayer, the normal rule would come into play. If after permission to retire is granted and then the officer applied for permission to resume his duties and the same is refused there cannot be any question of application of Article 311. Similarly, where a Government servant given the option to voluntarily retire on a proportionate pension as an alternative to dismissal and he chooses to retire ha cannot challenge the validity of the order on the ground that the provisions of Article 311 have not been complied with.

No retrospective operation of Article 311 –

Disciplinary action and Articles 14 and 16 –

Article 311 of the constitution of India applies both to permanent as well as to temporary post. The provisions of article 311 operate as a proviso to article 310(1). The fact that the result of disciplinary action may deprive a person of his right to get promotion does not amount to denial of equality of opportunity.