A Senior Advocate – A hope of Client

A Senior Advocate – A hope of Client

A legal case is depending on two factors 1.Facts of the case, 2.  Question of Law . No one can change the both factors. First we talk about the fact of the case in a criminal case For example A) if a person commit a crime like murder, attempt to murder, Rape case and any other crime and somebody saw the occurrence on the spot from own open eyes and After that, person has been arrested by police with the help of the eye witness. Now case is very clear and simple and person (accused) know very that he did a wrong act and one eye witness is also there. So he has a weak case for declaring himself an innocent man. In this situation, accused has two options, first option is person (accused) confess the crime before the court in the starting of the trail of the case and court convict/punish him on his confessional statement and case is closed. Second option is person denied the all allegation upon him of the relevant crime and defends the case. 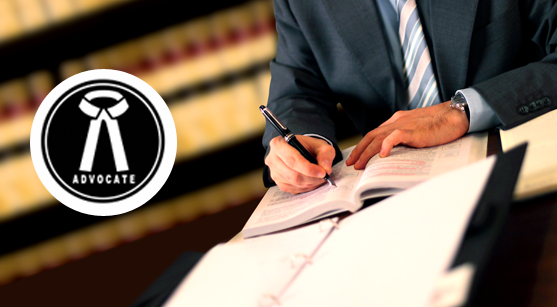 In the civil case both parties of the case knows about the actual facts and also knows that who is wrong or right. For example B) in property matter, one person has possession (kabja) of a property but he is not owner and another person is owner of the property but did not have possession and complete paper of the ownership. Now again parties have two options, first they can make a compromise between each other regarding the property. Second is one of the parties will file a civil suit before the court and other party will defend the case on merit.

In the both examples parties need to proof their case beyond the doubt before the court as per law. Because only simple pursuing the file of the case and facts court didn’t pronounce the order/judgment, even prima facie (on first look) court got an idea about the actual situation of the case in criminal and civil both. Now between the parties, court, fact of the case and law only one person is standing and without him/them this summitry will not complete,An Advocate.

A Weak case needs a good advocate–  it’s very simple, if we know our weakness and we need more concentration on that point and need to given some extra care and same thing is applied on the court cases. When party has a weak case, then party needs a good advocate who have ability to win the case. A party of the case, can’t change the fact of the case, can’t choose a judge and can’t choose an advocate for the other party. Party can do only one thing is choose a good/experienced advocate for himself and a good and experienced advocate is the only hope of the Party/client. In the High Court a good and experience advocate means Designated Senior Advocate.

In High court designated Senior Advocate has some special place between the all others advocates and before the bench (judges). An advocate will be gain designation of senior advocate after the long experience of practice, due to deep knowledge of law and his best way of interpretation on law and facts. An advocate should be a good interpreter of the law and fact of the case also. Once an accused convicted in case by the lower court and comes in appeal for challenging the order of the lower court and acquitted the high court on the basis of the same evidence on which  once he was convicted. This only happened due to interpretation of the law and fact by the senior advocate in the favour of his client/accused. It is not wrong to say that in every landmark judgment a senior advocate has an essential role. The same judgment converted into law and applied on the other similar cases as a law.