“A police officer is bound to register a First Information Report (FIR) upon receiving any information relating to commission of a cognizable offence under Section 154 of the Code of Criminal Procedure, 1973 (in short ‘the Code’) or the police officer has the power to conduct a “preliminary inquiry” in order to test the veracity of such information before registering the same”

Whenever any information relating to commission of a cognizable offence is received, it is the duty of the officer in-charge of a police station to record the same and a copy of such information, shall be given forthwith, free of cost, to the informant under Section 154(2) of the Code. According to him, a police officer has no other alternative but to record the information in relation to a cognizable offence in the first instance. the Station House Officer (SHO) should record an FIR upon receiving a complaint disclosing the ingredients of a cognizable offence, but in certain situations, in case of doubt about the correctness or credibility of the information, he should have the discretion of holding a preliminary inquiry and thereafter, if he is satisfied that there is a prima-facie case for investigation, register the FIR. According to the above , this interpretation would harmonies two extreme positions, viz., the proposition that the moment the complaint disclosing ingredients of a cognizable offence is lodged, the police officer must register an FIR without any scrutiny whatsoever is an extreme proposition and is contrary to the mandate of Article 21 of the Constitution of India, similarly, the other extreme point of view is that the police officer must investigate the case substantially before registering an FIR. 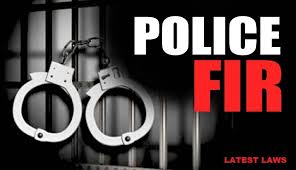 The officer in charge of a police station is statutorily obliged to register a case after getting information of Cognizable offence and then to proceed with the investigation if he has reason to suspect the commission of an offence which he is empowered under Section 156 of the Code to investigate, subject to the proviso to Section 157 thereof. In case an officer in charge of a police station refuses to exercise the jurisdiction vested in him and to register a case on the information of a cognizable offence reported and thereby violates the statutory duty cast upon him, the person aggrieved by such refusal can send the substance of the information in writing and by post to the Superintendent of Police concerned who if satisfied that the information forwarded to him discloses a cognizable offence, should either investigate the case himself or direct an investigation to be made by any police officer subordinate to him in the manner provided by sub-section (3) of Section 154 of the Code.

It has to be noted that in Section 154(1) of the Code, the legislature in its collective wisdom has carefully and cautiously used the expression “information” without qualifying the same as in Sections 41(1)(a) or (g) of the Code wherein the expressions “reasonable complaint” and “credible information” are used. Evidently, the non- qualification of the word “information” in Section 154(1) unlike in Sections 41(1)(a) and (g) of the Code may be for the reason that the police officer should not refuse to record an information relating to the commission of a cognizable offence and to register a case thereon on the ground that he is not satisfied with the reasonableness or credibility of the information. In other words, “reasonableness” or “credibility” of the said information is not a condition precedent for registration of a case. A comparison of the present Section 154 with those of the earlier Codes will indicate that the legislature had purposely thought it fit to employ only the word “information” without qualifying the said word. Section 139 of the Code of Criminal Procedure of 1861 (Act 25 of 1861) passed by the Legislative Council of India read that “every complaint or information” preferred to an officer in charge of a police station should be reduced into writing which provision was subsequently modified by Section 112 of the Code of 1872 (Act 10 of 1872) which thereafter read that “every complaint” preferred to an officer in charge of a police station shall be reduced in writing. The word “complaint” which occurred in previous two Codes of 1861 and 1872 was deleted and in that place the word “information” was used in the Codes of 1882 and 1898 which word is now used in Sections 154, 155, 157 and 190(c) of the Code. An overall reading of all the Codes makes it clear that the condition which is sine qua non for recording a first information report is that there must be information and that information must disclose a cognizable offence.

Registration of FIR is mandatory under Section 154 of the Code, if the information discloses commission of a cognizable offence and no preliminary injury is permissible in such a situation.