By AdvocateIn Chandigarh
Posted June 13, 2019
In Quashing of Criminal Cases
0
0

When the FIR is registered against a person, he/she has to face the trail in the court as an accused. Registration of a FIR is a duty of the police on receiving a complaint relating a cognizable offence by a person when prima facie case is made out against the accused, on the behalf of the state. Because it’s a duty of the state to provide a peaceful environment  for living a good life for the people. But sometime, A  FIR is registered against a person(accused) due to some misunderstanding  or with the malafide intention of someone to grab a person in false case. 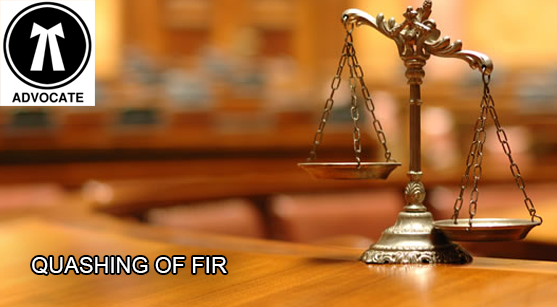 Connect with an expert lawyer for your legal issue

When a person has strong element in his favour to prove innocent himself before the court and could not wait till the end of the trail . In that case person can file a petition before the Hon’ble high court of Chandigarh for quashing the FIR, when the person facing the trial in jurisdiction of High Court Chandigarh. The Hon’ble high courts of the every state have been given the power under section 482 of the criminal procedure code of India. Under section 482 of Cr.pc Hon’ble high court can quash the FIR with the subsequentioal proceeding of the trail court.

In the exercise of the extra-ordinary power or  the inherent powers under Section 482 of the Code of Criminal Procedure, the following points  are given wherein such power could be exercised either to prevent abuse of the process of any Court or otherwise to secure the ends of justice.

The following points may consider by the Hon’ble high court of Chandigarh at the time of quashing the FIR :

(a) Where the allegations made in the First Information Report or the complaint, even if they are taken at their face value and accepted in their entirety do not prima facie constitute any offence or make out a case against the accused;

(b) Where the allegations in the First Information Report and other materials, if any, accompanying the F.I.R. do not disclose a cognizable offence, justifying an investigation by police officers under Section 156(1) of the Code except under an order of a Magistrate within the purview of Section 155(2) of the Code;

(c) Where the uncontroverted allegations made in the FIR or complaint and the evidence collected in support of the same do not disclose the commission of any offence and make out a case against the accused;

(e) Where the allegations made in the FIR or complaint are so absurd and inherently improbable on the basis of which no prudent person can ever reach a just conclusion that there is sufficient ground for proceeding against the accused;

(f) Where there is an express legal bar engrafted in any of the provisions of the Code or the concerned Act (under which a criminal proceeding is instituted) to the institution and continuance of the proceedings and/or where there is a specific provision in the Code or the concerned Act, providing efficacious redress for the grievance of the aggrieved party;

(g) Where a criminal proceeding is manifestly attended with mala fide and/or where the proceeding is maliciously instituted with an ulterior motive for wreaking vengeance on the accused and with a view to spite him due to private and personal grudge.

The Supreme Court has reiterated that heinous and serious offences cannot be quashed under Section 482 of the Code of Criminal Procedure solely on the ground that the dispute was settled amicably between the parties. – Supreme Court

When can Non- Compoundable offences be quashed?

The Supreme Court while elucidating on High Court’s inherent power to quash FIR under Section 482 of the Code noted that to quash the criminal proceedings for the non-compoundable offences under Section 320 of the Code can be exercised having overwhelmingly and predominantly the civil character, particularly those arising out of commercial transactions or arising out of matrimonial relationship or family disputes and when the parties have resolved the entire dispute amongst themselves.

When quashing an F.I.R. or complaint, the High Court of Chandigarh is not justified in embarking upon an inquiry as to the probability, reliability or genuineness of the allegations made therein. A complaint may be quashed if the allegations made therein are so absurd that no person can ever reach a conclusion that there is sufficient ground for proceeding against the accused.