The meaning of narcotics drugs is addictive drugs that reduce the users perception of pain and induce euphoria (a feeling of exaggerated and unrealistic well-being). The English word narcotic is derived from the Greek narkotikos, which means “numbing” or “deadening.”
Narcotics are central nervous system depressants that produce a stuporous state in the person who takes them. These drugs often induce a state of euphoria or feeling of extreme well-being, and they are powerfully addictive. The body quickly builds a tolerance to narcotics in as little as two to three days, so that greater doses are required to achieve the same effect. Because of the addictive qualities of these drugs, most countries in the twenty-first century have strict laws regarding the production and distribution of narcotics.

Opium, which was the first of the opioids to be widely used, had been a common folk remedy for centuries that often led to addiction for the user; in fact, many popular Victorian patent medicines for “female complaints” actually contained opium. The invention of the hypodermic needle in the mid-nineteenth century, however, increased the number of addicts because it allowed opioids to be delivered directly into the bloodstream, thereby dramatically increasing their effect. 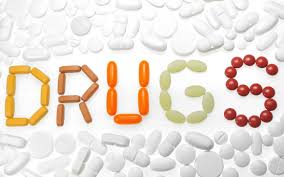 What is NDPS ACT –
Introduction of the NDPS Act (Narcotic Drugs and Psychotropic Substances Act,) 1985 and came into force on 14 November 1985.  Under the NDPS Act, it is illegal for a person to produce/manufacture/cultivate, possess, sell, purchase, transport, store, and/or consume any narcotic drug or psychotropic substance. The Act has been amended twice – in 1988 and 2001. The Act extends to the whole of India and it applies also to all Indian citizens outside India and to all persons on ships and aircraft registered in India.
Thus, this act is to consolidate and amend the law relating to narcotic drugs and psychotropic substances, to apply stringent provisions for the control and regulation of operations, and to implement the provisions of the International conventions on Narcotic Drugs and Psychotropic Substances and for matters connected therewith.

Bail in NDPS Act – Section 37 stats that any person who is accused of an offence under section 24 or section 27A having commercial quantity of the substance shall be released on bond or bail.
Offenses to be cognizable and non-bailable – (1) notwithstanding anything contained in the Code of Criminal Procedure, 1973 (2 of 1974), –

(a)  every offense punishable under this Act shall be cognizable;i.e. police can arrest the person who commit any of the offence without warrant.

(i) The Public Prosecutor has been given an opportunity to oppose the application for such release, and

(ii) Where the Public Prosecutor opposes the application, the court is satisfied that there are reasonable grounds for believing that he is not guilty of such offense and that he is not likely to commit any offense while on bail.

(2) the satisfaction of the Court that there are reasonable grounds for believing that the accused is not guilty of such offense and that he is not likely to commit any offense while on bail.

The limitations on granting of bail come in only when the question of granting bail arises on merits.

Small quantity –
Section 2 (xxiiia) “Small quantity”, in relation to narcotic drugs and psychotropic substances, means any quantity lesser than the quantity specified by the Central Government by notification in the Official Gazette.]

Commercial quantity-
Section 2 [(viia) “Commercial quantity”, in relation to narcotic drugs and psychotropic substances, means any quantity greater than the quantity specified by the Central Government by notification in the Official Gazette;

In commercial quantity, case court didn’t allow the bail in most of the case, mostly in which cases contraband recovered from the person at the time of the personal search. 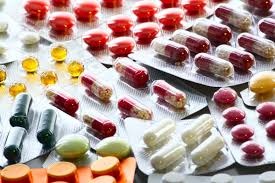 Advocateinchandigarh have huge experience of dealing with such cases in the High court Chandigarh or Supreme court of India. If you would like to contact us for any reason please call us 9914328749 or email us using advhighcourt14@gmail.com;