What are Criminal Cases?

Crimes or criminal cases are considered offenses against the state, or society as a whole. That means that even though one person might murder another person, the murder itself is considered an offense to everyone in society. Accordingly, crimes against the state are prosecuted by the state, and the prosecutor (not the victim) files the case in court as a representative of the state. If it were a civil case, then the wronged party would file the case.

Elements involved in the crime

Generally, two elements are required in order to find a person guilty of a crime: an overt criminal act and criminal intent. The requirement of an Overt Act is fulfilled when the defendant purposely, knowingly, or recklessly does something prohibited by law. An act is purposeful when a person holds a conscious objective to engage in certain conduct or to cause a particular result. To act knowingly means to do so voluntarily and deliberately, and not owing to mistake or some other innocent reason. An act is reckless when a person knows of an unjustifiable risk and consciously disregards it.

Some crimes require criminal intent. Where specific criminal intent is an element of a crime, it must be proved by the prosecution as an independent fact. For example, Robbery is the taking of property from anothers presence by force or threat of force. The intent element is fulfilled only by evidence showing that the defendant specifically intended to steal the property. Unlike general intent, specific intent may not be inferred from the commission of the unlawful act. Examples of specific intent crimes are solicitation, attempt, conspiracy, first-degree premeditated murder, assault, Larceny, robbery, burglary, forgery, false pretense, and Embezzlement. 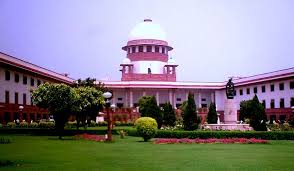 Role of Senior Advocate in a criminal case

All the above, when the person faces the trial under a criminal case, he tried his best to proof innocent himself before the court but anyhow sometimes person hold guilty by the court even he was innocent but because of that fact and evidence was against him. It happened many times in the history of the judiciary that when a person convicted by the lower court and after that acquittal by the higher court because of the reason that in higher court argument address by an advocate in the favour of his client on the law point which was ignore/not consider by the lower courts and in the most of cases like that in higher court senior advocate address the argument before the bench ( court).

The major difference between the lower court and higher court is that lower courts always see the facts and evidence and according to that court have to decide the matter and pronounce the order. But on the other hand, higher court has to see some other things including the fact and evidence that lower court follow the proper procedure at the time of declaring the person hold guilty, lower court appreciate all evidence or not, higher court also have to see the procedures followed by the investigation agency were the as per law or not and many more other things like intention, aim, motive behind the offense considered by the High court.

When you hire a senior advocate as your criminal lawyer in a case then the result must be in favor of the appellant/applicant.