What is Contempt of Court ?

What is Contempt of Court ?

Contempt of Court is a very grave offense anywhere in the world, as well as in India. Contempt of Courts Act of 1971 clearly defines the basic nuances in the subject matter. 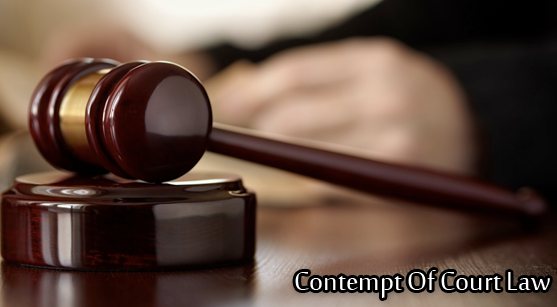 It is also criminal contempt if any kind of action has interfered or has tended to interfere, obstructed or tended to obstruct any kind of hindrance in the administration of justice.

It also clarifies that “High Court” means it is the highest court of a state or a union territory of the Union of India and includes all the courts of judicial commissioners in any union territory.

Now, there are two sides to look at the case. If you are the party that is being falsely accused of contempt of court, be it civil or criminal, you will have to take the matter very seriously. If proven guilty, then you are looking at severe or exemplary punishment.

The best way forward is contact an advocate immediately. This should be done as soon as one can and preferably someone with considerable knowledge and experience in the field. The advocate will provide you invaluable consultation and would be the person to make or break the case for you.

Another aspect to it is that you feel that your opposition party is doing something, which is equivalent to being in contempt of the court. Be civil or criminal.

Just to be sure, consult with an advocate and apprise him or her on the matter at hand. Make sure you understand your legal standpoint and realize how strong or weak your case will be.

Upon receiving practical advice from your advocate, please proceed with what he or she is advising you to do.

If you want to register a case again, he or she will be of immense help as the documentation will have to be filed and the case argued in the legal parlance.

How and When to change your advocate ?
Consumer Protection Act and its usefulness