Anti-dowry section has been introduced so that it can be used as an armour for girls who go through harassment and cruelty of the societies devil ‘dowry,’ but the armour is used in the other way also. In today’s world, the section is used to harass the husband and his family. As stated by the Supreme Court, “The simplest way to harass is to get the husband and his relatives arrested under this provision.” 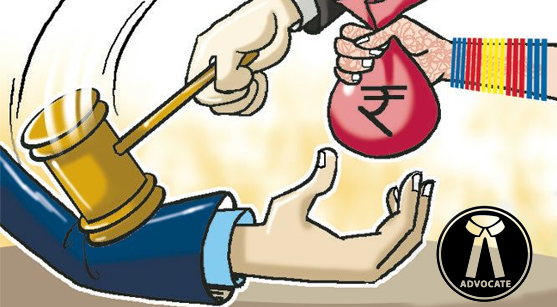 Violence against women in India is a shameful fact. Dowry and dowry-related problems cause a large number of these cases. The amendments of 1980 were targeted at the issue of domestic violence. Under Section 498A on Indian Penal Code, a new law was brought into action in 1983 amendment. This was specifically designed for married women who have been the subject of violence done by the husband and/or the in-laws.

As per this section, the accused or the offenders of the crimes are subject to imprisonment. They will be charged with a fine. If and when an official complaint is lodged by the victim or any of the victim’s relative, the law will deem the offence non-bailable and non-compoundable. Also, the offence will be a cognizable that means the authorities can arrest anyone of the accused without any warrant.

Looking at this scenario, the Supreme Court looked into the matter and laid down eight new directions:

The Supreme Court also stated with clarity that the magistrate should consider preliminary materials and evidences as applicable under Section 41 checklist produced by the police officer before he/she declares any further detention. In other word, the detention must come as a verdict after the magistrate has given full attention to the materials related to the checklist.

And as per another judgment of Supreme Court, the court stated that if the accusation of cruelty against the husband and the in-laws filed under Section 498A (of Indian Penal Code) by a woman is found false, the concerned man can opt for a divorce.

The misuse of this provision is not something that is not known to the Indian judicial system, thus such judgments are passed and a check can be kept on the number of false cases filed by women in order to protect the men as it is well accepted by law, that the women is not always the weaker sex.

The writ of Certiorari promises you justice
What is marriage certificate and how to apply?