As our country is moving forward economically, new relations are forming every day. Trade and commerce sector is taking us all over the world. Business negotiations and conflicts have become part and parcel of today’s financial scenario.

In this globalized world, not doing business with someone or some company because of past bad reputation can never be an option. After all, financial progress and negotiations must be done with the ulterior goal in mind. Arbitration as an alternative way to conflict resolution has, therefore, become a life-saving approach. With the help of senior advocates in High courtChandigarh, you can enjoy the benefits of an arbitration settlement. 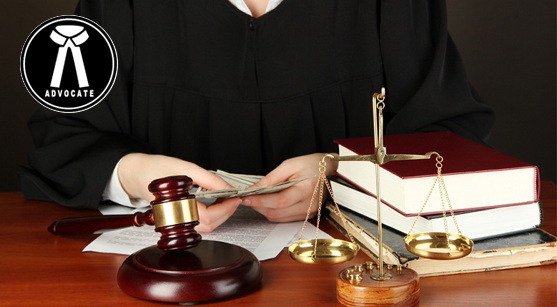 • Arbitration: Legal procedure at its best

A legal system is judged by its capacity to provide unbiased justice. And a case of arbitration is, basically, a legal arbitrator settling conflict between two parties with the proper hearing of both sides’ issues, pieces of evidence and testimonials for an award. What no number of heated and spirited in-the-court hearings cannot solve, a well-executed arbitration can solve in the out-of-the-court settlement. The process is fair, unbiased and an example of judicial justness, only the best lawyers of Chandigarh high court take part in these third-party settlements.

The Arbitration and Conciliation Act, 1996 under the Indian Constitution was formed with specific aims in mind:

a) To cover all international, commercial and domestic arbitration and conciliation cases.

b) To provide fair, efficient arbitration results that also takes care of the needs of both the parties.

c) To justify the arbitration award.

d) To make sure that the arbitration process remains well within the realms of jurisdiction.

e) To minimize the role of the court in the process.

f) To make room for mediation and conciliation during the arbitration procedure.

i) To make sure the award is observed as a foreign award when the arbitral award is awarded by a foreign country with an Indian entity.

In this legal procedure, two interested parties agreed upon the legal role of an arbitrator in case of settlement of any existing or future dispute between the parties. Senior advocates of Chandigarh High Court, in these agreements, should bear the responsibility of putting the agreement clause in the paper. Intellectual property disputes also fall under this agreement.

The number of arbitrators is decided upon by the parties. If they need more than one arbitrator, the arbitral tribunal is formed with an odd number of an arbitrator.

• The Issues beyond Arbitration

Arbitration can take place in case of civil disputes only. Therefore,

a) Any dispute of criminal nature

b) Dispute regarding charitable trust

f) Appointing a guardian for a minor etc. are not to be solved with the arbitration.

Any arbitration procedure calls for mutual respect and faith in the judicial system. The skill, judgment, and sensitivity of the arbitral tribunal are keys to the success of the proceeding.

A Case Of Cheque Bounce
An Act For Protection of Women