Ground of Petition of protection of life and liberty

Ground of Petition of protection of life and liberty

Young Couples, who marry on their own accord with or without the consent of parents, cannot be made to run from pillar to post and it is the duty of the State to provide peaceful environment and protect their life and liberty. The main function of the democratic Government is to safeguard the Personal liberty of the individual but its exercise is subject to social control. If the liberty is absolute and unlimited and not guided by morality, it becomes anti-social. The rule of law in a democratic society aims not only to protect the fundamental rights of the citizens but also to establish an egalitarian social order. Liberty has to be controlled in the interest of society but at the same time, the social interest must never be overbearing to justify the deprivation of individual liberty. Liberty cannot stand alone but has to be enjoyed alongwith other virtues like morality, law, justice, common good, for the orderly progress and social stability. Man being a rational individual has to live in harmony with the similar equal rights of others. The concept of personal liberty in context to Article 21 of the Constitution of India has been explained by Hon’ble Justice K. Ramaswamy in Kartar Singh v. State of Punjab, 1994(2) RCR(Criminal) 168 : 1994(3) SCC 569, as follows The right to life with human dignity of person is a fundamental right of every citizen for pursuit of happiness and excellence. Personal freedom is a basic condition for full development of human personality. Article 21 of the Constitution protects right to life which is the most precious right in a civilised society. The trinity i.e. liberty, equality and fraternity always blossoms and enlivens the flower of human dignity. One of the gifts of democracy to mankind is the right to personal liberty. Life and personal freedom are the prised jewels under Article 19 conjointly assured by Articles 20(3), 21 and 22 of the Constitution and Article 19 ensures freedom of movement. Liberty aims at freedom not only from arbitrary restraint but also to secure such conditions which are essential for the full development of human personality.

Protection of life and Liberty Article 21 of Constitution of India –

“No person shall be deprived of his life or personal liberty except according to procedure established by law.”

Article 21 of the Constitution is that the procedure must be right, just and fair and not arbitrary, fanciful or oppressive. In order that the procedure is right, just and fair, it should conform to the principle of natural justice, i.e., ‘fair play in action’. It has also been held in the said case that Article 21 is to be strictly construed against State and in favour of the persons whose rights are affected. Article 21 was held to be a constitutional command to State to preserve the basic human rights of every person. Taking into consideration the concept of life and liberty and applying the same to the cases of young couples who have entered into rebellion marriage against the wishes of their parents, it is held that so far as the protection of life and liberty of such citizens are concerned, these can be enforced against the State agencies to watch that any procedure which is not right, just and fair, should not be adopted by the official State agencies but so far as protection of the rights, against private persons are concerned, the Constitutional right under Article 21 of the Constitution cannot be enforced against the private individuals. The legal remedy against the private respondents violating the liberty of the petitioners would be under the other penal law. In case, any substantive offence is committed by any private individual, it is always open to an aggrieved party to adopt the due procedure of law. 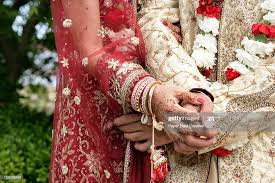 A young couple, who perform the marriage with own wish and required protection from the certain persons. Then they must fulfill the following condition or ground for filling the protection petition in the Hon’ble court –

(i) The petitioners claim themselves to be majors and having married recently against the wishes of the parents of one of the spouses;

(ii) The petitioners have an apprehension that after the arrest of the husband the wife will be taken away by her parents against her wishes or will be harmed in one way or the other;

(iii) A direction has also been sought for in all the cases for protection of life and liberty at the hands of the private respondents who happen to be the family members of either of the spouses.

(iv) The marriage in all the cases is not registered with any authority but the petitioners are supported by some photographs indicating that some ceremony of marriage has already taken place.

(v) It appears that indirectly the petitioners want a sanction or approval of their marriage from the High Court to protect them.

(vi) There are certain instances of inter-caste marriages which is not acceptable to the society or the family members.