Impact Of Senior Advocate In a Case

Impact Of Senior Advocate In a Case

An advocate deal with the case with own responsibility, credibility in the court. Court never saw petitioner, respondent, complainant or accused and court never ask about the personality of the person who files the case or opposing the case. Court always saw that advocate, who appear on the behalf of the party and through the advocate court listing the case, decide the case. In the other way side, for a court, advocate is everything regarding the present case in which advocate giving is appearance and court believe each and every word of advocate being the Court officer. 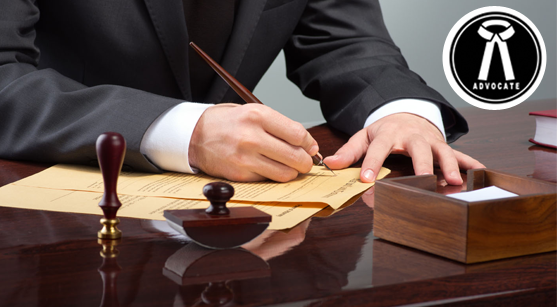 At the time of filling a case person has chance to engage an advocate as per his/her need and requirement of case and as per wish. Most of the specific three factors, which are consider at the time of engaging an advocate.

2. Paying Capacity of the engaging client.

3. How much the opposing party is strong and what kind of advocate they engaged and could engage.

In reality these are main three points. But one of the major factors is paying capacity of the client.

High Court Of the Chandigarh have the jurisdiction of the both states and when the one party of the case lost their case from the lower court, after that party can approach the high court against the order of the lower court and they knows very well that if they lost the case here again, in that case they have to approach the Supreme court of India if they further fight the case. For this reason, any party of the case doesn’t want to take any risk in high court and trying to engage a big advocate for best result, if they can.

In the people view meaning of a big advocate means any famous advocate, but this not an accurate or complete definition of a big advocate. But in court (judges) view an advocate who has expert knowledge of specific field of subject, good command of law and makes senseir effort on his case, never misleading the court and showing good conduct before the Court. When the court finding the all this qualities in an advocate , then either  High Court invite him for designation of senior advocate  with his consent or allow him to move an application for giving designation to him/her by the court. In other view,   a big advocate means a designated senior advocate of high court.

Impact of a Senior Advocate –

Sometime a client has knowledge about the weakness of his case and even knows that what result would be come of the case but another side he wants fight the case before the court with his best effort. At  that time person can do only one thing,  appoint a such a good advocate who have good command of law, represent his case in a best way before the court and  interpret (explain) the each and every evidence, facts of the case  and each law point from the all angels which belongs to his case. In this kind of situation a Senior Advocate can do the help of the client with his experience or effort.

Senior Advocate also conscious about his image before the court. A Senior Advocate can take a weak case if one of the things in the favors of the client either the fact or law. But in case both things are not support   the case of the client Senior Advocate refuses to take the case. Because being a senior advocate,   he has  some more duty rather than the other advocates  towards the court and court also have believe on him that he never file any case only for money.

Benefit to talk to us

Advocateinchandigarh is a unit of advocates who works together and shares their experience of cases each other and some designated senior advocates are also part of this unit.

Advocateinchandigarh about the every categories of the client and tried to provide the good service on his part with best effort.

Anticipatory Bail Procedure : All about Anticipatory
Applying for divorce on presumption of death of the spouse