Divorce by Mutual Consent is the simplest and easiest way of dissolving marriage. Matrimonial disputes are related with emotions, feelings, ego and psycho-logical reasons. You would not deny that most difficult thing is to predict the nature and behavior of other human being. We all have tendency of assuming that what we are doing and thinking is correct while others are not doing right. Although, some time we try to rationalize things or making it logical. We pretend to be good listener but we are listening to counter other to score a goal to boost our inflated ego. We are not listening to others point of view. That may help us in resolving issue. Why don’t we accept we are imperfect human beings? 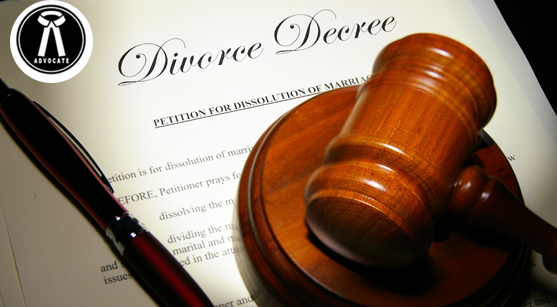 There may also be cases wherein it is manifestly clear that relationship of husband and wife will not work. Spouses have deep abhorrence against each other for variety of reasons. At those juncture, after fully understanding the impossibility of reconciliation, counselor or mediator would recommend for divorce.

It is entirely into hand of spouses that they understand the fact that divorce is the best remedy in their larger future interest. They can work out their divorce in such scenario in easier manner. Spouses can reach to amicable settlement. Every issue can be resolved by talking. Let the talk to Walk!!! Tough decisions like child custody and visitation rights can be discussed. You would not imagine that you have planned your divorce and worked out in very positive atmosphere to reach to Amicable Settlement.

You are saved from acrimonious litigation saving time, cost and energy. You walk out with held high and can still have healthy relationship.

Procedure for Mutual Consent Divorce is laid down as under for easy understanding:-

• Both Parties i.e. Husband and Wife have to reach to Mutual understanding and agreement regarding terms and conditions for Divorce.

• Divorce Petition will be drafted which will include terms of settlement agreed between parties.

• Such Mutual Consent Divorce Petition shall be filed in the Court as court procedure.

• Matter will come up for hearing in the Court and generally parties have to be present before the Court and their statement is recorded.

• After recording of statements, First Motion will be passed.

• Second Motion is set up.

• Aforesaid steps shall be repeated. Statement of parties will be recorded again.

• After such recording of statement, Court will grant pass order and judgment, decree for divorce is granted.

Court Marriage In Chandigarh
Suspension of Sentence in Criminal Case