An unmarried Certificate is essential documents to perform marriage with a foreigner in foreign country. An unmarried certificate can grant by the competent authority of the district, where the person reside. In Most of the district of the country (India), power is given to the Sub-divisional Magistrate (SDM). This can be in the form of a certificate/ affidavit notarized by SDM which is required to be counter-attested by the Home Department of the State concerned. Thereafter, it is to be attested/ apostilled by the Attestation Section of the Consular, Passport & Visa (CPV) Division of the Ministry of External Affairs, New Delhi.

As far as the unmarried certificate is concerned, it is a legal document requisite for solemnizing marriage in western and some Asian countries. It mainly is a need of a non-resident of India who wants to settle life with a foreigner spouse.

Being a hub of people with diverse religions, India cannot seek this certificate. It doesn’t have any competent authority to resolve queries regarding the single status certificate. But as it is mandatory to present it before the foreign authority, Indian constitution empowers this right to the SDM. He is marked under the Gazette Officer of Group A. The value of his attestation is universally accepted. This is why he can be a signing authority that is legitimate to attest the single status certificate in India.

Easy Tips to Get Unmarried Certificate in India:

However, the internet has hundreds of outsources who support NRIs with this service. But, you cannot detect if or not they are genuine. In short, the defaulters can cheat on you to seek monitory benefits. Therefore, visiting in person to the SDM office is a better alternative to get this certificate.

Before visiting the nearest SDM office, you should be ready with your documents. Here is a list of all documents and their photocopies that you ought to carry with:

Let’s move to some easy steps of getting this certificate:

What is Apostiile and Its requirement –

Apostille authenticate the seals and signatures of officials on public documents such as birth certificates, court orders, or any other document issued by a public authority so that they can be recognized in foreign countries that are members of the 1961 Hague Convention Treaty. Apostille is done for personal documents like birth/death/marriage certificates, Affidavits, Power of Attorney, etc. and educational documents like degree, diploma, matriculation and secondary level certificates etc.

India, since 2005, is a member of the Hague Convention of October 5, 1961 that abolished the requirement of legalization of foreign public documents. Apostille is acceptable in all member-countries of the Convention. As India is a member of the Hague Apostille Convention, 1961, no further attestation or legalization of a document apostilled by a member country, should be required for using such apostilled document in India. An apostilled document should, therefore, be treated as legalized document for all purposes in India by all concerned, in accordance with the international obligation under the Convention. 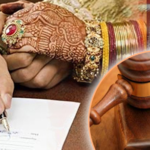