Appeal in a Divorce Case

Appeal in a Divorce Case

An appeal is file in higher court against the order of the lower court to examine whole case from the new aspect. It is not a fresh trial or an opportunity to admit new evidence. Divorce lawyers in Chandigarh will help you in filing appeals.

The main evidence that the higher court will examine if the lower court has made a mistake consists of the following: 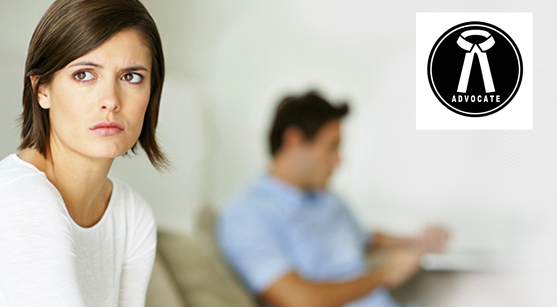 The appellant refers to the defendant person or person, who is appealing and the opposing party is called the respondent.

Divorce is a long drawn out procedure in India. Divorce procedures vary according to the community:

The various Acts include:

Divorce can be obtained by two methods: 1) By mutual consent 2) Contested divorce. Advocate for divorce can help you in both.

Mutual consent divorce is obtained by amicable settlement between two spouses, especially in issues regarding maintenance and child custody. The court provides a 6 month period for chance of reconciliation, and thereafter, issues a decree of divorce. Mutual consent divorce advocate will help you.

Contested divorce is much more acrimonious. One party files a petition and the respondent refuses it resulting in locked horns or contested divorce. Grounds of divorce under the Hindu Marriage Act 1955 and followed by divorce procedure in Chandigarh are:

Some of the grounds on which only a wife can conduct on a husband area as follows:

• If he has indulged in sodomy, bestiality or rape.

• If after solemnizing marriage under the Hindu Marriage Act, the husband marries another woman while his first wife is alive.

• A girl who seeks divorce before 18 years, having been forced to marry before 15.

• If the couple have not co-habited for one year. and husband does not fulfill the provision of maintenance as ordered by the court.

Any party aggrieved by the order of civil judge of family court can appeal to the high court as per section 28 of the Hindu Marriage Act within 30 days of the decree or order on divorce has been passed. She can take the help of lawyers for divorce. The 1969 Family Courts Act has empowered the high court with power to hear appeals from decrees and orders from the subordinate courts.

Matrimonial appeals in the Supreme Court:

An appeal can be referred to the Supreme Court of India as per Article 132 (1) and 133 of the Indian constitution. One can be helped by a good divorce lawyer. This is regarding any order where the high courts certify that the case involves a substantial matter of law, which is generally important. The high court deems it necessary that the appeal must be heard by the Supreme Court.

Marriage Certificate In Chandigarh
Why marriage certificate is required?