Children need the love and care of both parents. If they cannot get it from both then at least they must get it from one. The course which would deprive them of both must be avoided and adopted as the last resort. Children are required to be in the custody of someone until they attain their majority. The Court in passing an order in writ jurisdiction in the matter has to deal it in equitable manner. It has also to give due weight to the claim of the respective parents founded on human nature and generally what is equitable and just. And irrespective of the rights and wrongs of the contending parents, the welfare of the children is the supreme consideration when employing the remedy of habeas corpus. It has rightly been observed by legal commentators that the proceedings of this kind partakes of the incidence of a suit in equity and is considered to by one in rem, the child being the res.”

Principles as to custody and upbringing of minors –

Where in any proceedings before any court, the custody or upbringing of a minor is in question, the court, in deciding that question, must regard the welfare of the minor as the first and paramount consideration, and must not take into consideration whether from any other point of view the claim of the father in respect of such custody or upbringing is superior to that of the mother, or the claim of the mother is superior to that of the father. In relation to the custody or upbringing of a minor, a mother has the same rights and authority as the law allows to a father, and the rights and authority of mother and father are equal and are exercisable by either without the other.” 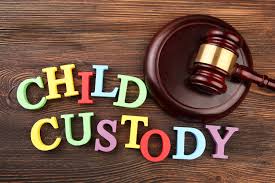 Concern of the Minor Child is Prime –

The principles of law in relation to the custody of a minor child are well settled., the first and the paramount consideration is the welfare and interest of the child and not the rights of the parents under a statute. Indubitably the provisions of law pertaining to the custody of a child contained in either  the Guardians and Wards Act, 1890 (Section 17) or the Hindu Minority and Guardianship Act, 1956 (Section 13) also hold out the welfare of the child as a predominant consideration. The question of welfare of the minor child has again to be considered in the background of the relevant facts and circumstances.  In fact, no statute, on the subject, can ignore, eschew or obliterate the vital factor of the welfare of the minor.

It is, no doubt, true that father is presumed by the statutes to be better suited to look after the welfare of the child, being normally the working member and head of the family, yet in each case the Court has to see primarily to the welfare of the child in determining the question of his or her custody. Better financial resources of either of the parents or their love for the child may be one of the relevant considerations but cannot be the sole determining factor for the custody of the child. It is here that a heavy duty is cast on the Court to exercise its judicial discretion judiciously in the background of all the relevant facts and circumstances, bearing in mind the welfare of the child as the paramount consideration. Each case has to be decided on its own facts and other decided cases can hardly serve as binding precedents insofar as the factual aspects of the case are concerned

Writ Of habeas corpus In Child Custody case – When Apply?

A writ of Habeas Corpus will be issued only when there is illegal detention or wrongful custody or Child in Danger. In the writ Of habeas corpus , First petitioner have to establish the case that the  Minor child  wrongfully and illegally detained by the other party  against whom case is filed.

Have Example for Habeas corpus Petition in Child Custody Case

Petitioner (Mother) through this habeas corpus petition has sought the production of her minor son-Master Dasasya Singh and his release from the custody of husband ( Father of son) namely B and in-laws on the ground that the child has been removed from the lawful custody of the petitioner by practicing fraud and deceit pursuant to a well-planned conspiracy and has been forcibly detained. As per the averments in the petition, the marriage of the petitioner was performed with respondent No. 2 on October 17, 2003 at Amritsar. Respondents No. 2 and 3, however, have turned her out from her matrimonial home in October 2004 while she was expecting delivery within two months. The petitioner gave birth to a male child-Master Dasasya Singh on May 15, 2005 at Amritsar at her parental home. Father and In-laws came to see the child after five months after the birth. Matter was compromised and she was taken back to her matrimonial home. She was again turned out after a period of 4 months along with her son. She stayed with her parents for about 15 months along with her son but they were again taken back to the matrimonial home. On the day of Diwali in 2007 petitioner along with her child was again turned out of the house. Petitioner claims that she has been staying with her son at Amritsar.

A writ of Habeas Corpus will be issued only when there is illegal detention or wrongful custody.