Service and Labour Matters before Courts in India

Service and Labour Matters before Courts in India

In India, any aggrieved employee can file a case in a labour court. Under section 33 of the Industrial Disputes Act, wage and wage related problems can be dealt this way. 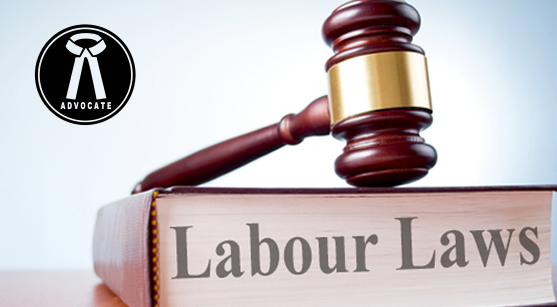 The state of Maharashtra has other provisions for employees with complaints. Suppose you are a class 1 worker and not an employee of central government, a case can be filed by you. This is under the Industrial Disputes Act or Maharashtra Registration of Trade Union and Unfair Labour Practices Act.

Central government employees just akin to employees of airlines can beseech the High Court or Labour commissioner to fight any service matters. Those who are above the category of government workmen and are at the executive levels can submit a case against employers in civil courts.

The sore point is that there is no time limit for settling of these cases. After the case is filed, the legal process takes its due course. Usually, it results in a case that is long drawn and it takes 3-4 years for employees to get their due.

There is a situation where your employer has not paid dues such as employer’s dues to the Provident Fund. You can place a complaint before the Regional Commissioner for employees’ Provident fund and provide all necessary documents for evidence.

The Commissioner will consider the issue with the Inspector of employee provident fund. If a company is discovered to be guilty, an order can be made to the company to cough up 100% damages. For example, if the employee is denied a sum of Rs 1000, the company will be ordered to pay Rs 2000 as damages. In addition, the employer is directed to pay interest on the missing amount which was not deposited.

Another case is where a part of the salary is collected for provident Fund, but the employer does not deposit the amount. Here again, one can see the help of the Commissioner for Employee Provident Fund. It could take 4-5 months based on the circumstance. Also, you are not allowed to withdraw the whole amount if you remain the company’s employee, but can take out 50%.

For fighting cases in the labour court, you need the help of experienced advocates. They must know to lodge complaints, be aware of previous cases and know how to set example in your case using these previous cases.

The Central Administrative Tribunal (CAT) was set up in 1985 under Article 323-A of the constitution. This was done to take up a large number of cases regarding service matters, which were pending before the courts in India. It also helps in speedy resolution of cases for persons covered by the administrative tribunal. Yet a number of cases decided by the CAT go into appeal to higher courts as and when government officers feel they have not got justice.

The author is currently associated with Top advocate in Chandigarh. and writes articles for legal sites on a continuous basis, providing valuable information on the different sections of law.

a goverment service and their issues
Service Matters before High Court